The Benefits Of Daily Exercise For Easing Nerve Pain 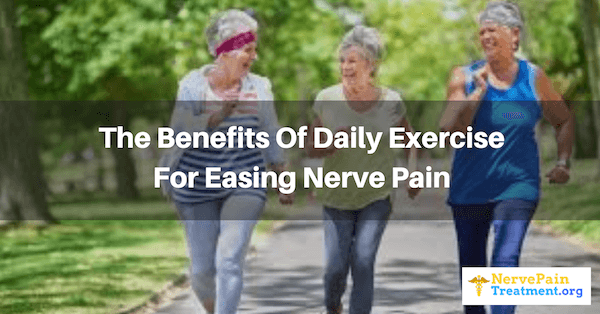 Everybody knows that exercise is hugely beneficial to overall health. However, just how beneficial it is continues to be a topic of research, with the latest study showing that it could even help in the treatment of neuropathy.

Neuropathy causes pain that is related to damage to the nerves. It is a reasonably common condition and it is notoriously difficult to treat. People who have it often feel numbness, tingling, and burning sensations, and very few medications seem to be able to help.

While short term relief can be obtained through anti-epileptic drugs and antidepressants, these generally also have significant side effects, which means it is not really advisable to take them. That said, there are neuropathy supplements, including Nerve Renew, that are beneficial in treating nerve pain. However, as the name suggests, these should be used to supplement other efforts, and not be seen as a standalone treatment.

Around 20 million people in this country alone are believed to suffer from some degree of neuropathy, experiencing numbness, oversensitivity, and pain. Many of them, unfortunately, believe that their condition actually prevents them from exercising.

In fact, up to recently, physicians would tell them not to exercise at all. Now, thankfully, this has changed and low impact exercise is now generally recommended as an alternative to being inactive. 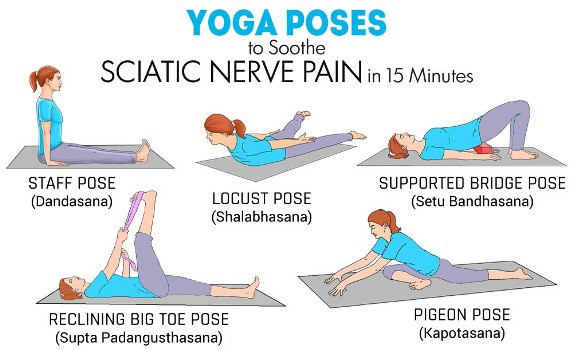 Benefits of Flexibility and Aerobic Exercises

Flexibility and aerobic exercises have a number of important benefits. People who suffer from neuropathy have been found to benefit particularly from increasing their heart rate and overall movement. Added to that, physical activity usually improves the way blood circulates, thereby strengthening the tissue of the nerves thanks to an increased supply of oxygen.

Scientists now agree that immobility is actually a large problem in people with neuropathy. It can lead to shrinkage or atrophy of the muscles, loss of flexibility, and tightening of the muscles. Furthermore, their metabolism will start to slow down, which means they are more likely to put on weight and to have less energy.

Rehabilitation of Patients with Neuropathy

A recent guide has been written by Greg Carter, M.D., who is one of the University of Washington, Seattle's professors of rehabilitation medicine, sponsored by the National Institute of Health, addressing how physicians should help in the rehabilitation of patients with neuropathy. He stated that people who take part in aerobic exercises have improved physical functioning.

Impact of Exercise on Neuropathy - A Controlled Study on Rats

In one of the most recent experimental studies on the impact of exercise on neuropathy, rats were induced with neuropathic pain by causing a sciatic nerve injury. Once the injury had been administered, the rats were put through a series of progressive exercises. These included running and swimming. The animals would continue to do this for several weeks while being closely monitored by the researchers.

The results were groundbreaking. It was found that the rats of both groups - the runners and the swimmers - both had significantly reduced neuropathic pain. While the pain didn't disappear completely, the responses were reduced by between 30% and 50%. Additionally, it was found that this was made possible by reducing the features of neuropathic pain through a reduction of abnormal responses to pressure and temperature.

Exercise Leads to Reduction of Cytokines That Promote Inflammation

These results were consistent with those of previous studies, in which it was demonstrated that taking part in exercise lead to a reduction of the production of cytokines, which promote inflammation. Those who suffer from neuropathy often have increased levels of cytokines.

Furthermore, it was demonstrated that more heat shock proteins were released in people who took part in exercises. While the reason is not yet clear, it is believed that this could have also affected the expression of cytokines.

Inflammation Found to Be at the Heart of Neuropathic Pain

What the study did was demonstrate that inflammation is actually at the heart of neuropathic pain. It has provided many sufferers with reassurance that it is possible for them to cope with their pain in a way that doesn't require them to heavily medicate themselves and suffer the often debilitating side effects.

Through exercise, people can enjoy a number of very important health benefits, above and beyond the treatment of neuropathic pain, which demonstrates just how important it is. It is hoped that, through further research, scientists will begin to understand how exercise can be utilized in order to reduce the pain people experience due to neuropathy even more.

Neuropathic pain can be caused by a range of conditions. This includes those who suffer from alcoholism, HIV, or diabetes, those who have experienced trauma or injury, and those going through cancer treatment. It happens when some of the fibers of the nerves become injured, dysfunctional, or damaged. It generally leads to numbness and burning pain that is not responsive to over the counter pain medication.

This latest study was conducted by the China Medical University in Taichung's Yu-Wen Chen. Scientists like Chen and others have long recommended people with chronic or serious pain use exercise to benefit them, the data on neuropathic pain has long been conflicting to say the least.

This latest study, however, doesn't solely demonstrate that exercise is incredibly important for people with neuropathy, but also that a role is played by cytokines, which can cause inflammation. If those can be addressed, then perhaps relief from neuropathic pain can also be found.

Physical activity is unlikely to ever completely eliminate the pain associated with neuropathy. However, the findings from this latest rate study clearly demonstrate that exercise does provide a benefit through the reduction of the chronic and debilitating pain that people with nerve damage frequently experience. It is now suggested that it is included as a form of non-drug therapy for any patient who is diagnosed with neuropathy.

If you suffer from the condition yourself, you will probably be in a situation where you are willing to try everything. Through swimming and running, you may be able to reduce the pain by between 30% and 50%, which is very significant.

Added to that the various other natural remedies offered for neuropathic pain, and you will quickly come to see how important it actually is overall. A life without expensive drugs that have side effects is indeed possible. 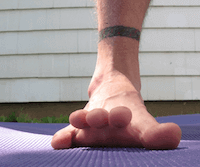 How to Naturally Treat Neuropathy (Do This Daily) 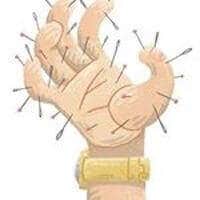 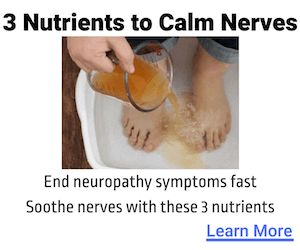 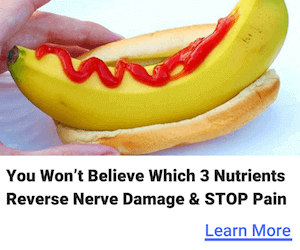